In Lilongwe, Fire Burns Central Market to the Ground

We received the unfortunate news that one of the main markets in Lilongwe burned to the ground last night.  Many, many people rely on these markets for livelihood and easily accessible sources of food.  LUANAR and MSU students worked in this market, known as Central Market, over the summer, where vendors identified a number of problems, and had decided to create a plan to improve access to water.  The money that students raised with MSU's CrowdPower was going to go directly to this critical need.

Fire is an all-too-common occurrence at markets throughout African cities. Just two years ago, there was a fire that razed Tsoka market, just down the road from yesterday's fire.  Improving the safety and habitability of these places is critical to supporting livelihoods, and where it relates to food exchange and provisioning, has implications for city food security.

The article highlights the frustration and anger that vendors feel, but also highlights the struggle that municipalities have in responding.  Relationships between city small- and medium-scaled business-people and government officials can be improved by addressing critical needs.  As it is, however, municipalities have few means or resources to draw on to begin to improve these relationships, the physical environment, and the capacity to respond to emergencies.

A Malawian student from the first Frugal Innovation Practicum, Flora Shonga, visited the scene and sent a few pictures along, and also noted that vendors were weeping and that 'the source of the fire is not yet known.' 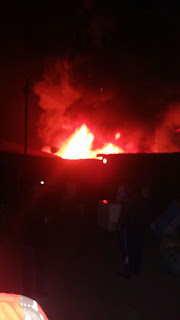 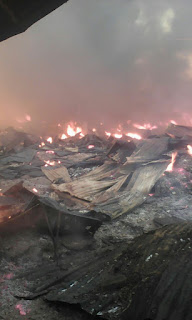 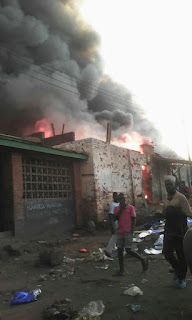