The Mourides of Senegal (the diversity of Islam)

BBC has a number of posts (see below for some links) on the political and economic power of the Mourides of Senegal.  The Mouride Brotherhood is a Sufi Islamic order founded in the late 1800's by Chiekh Amadou Bamba, who emphasized "submission to the marabout and hard work, a departure from conventional Islamic teaching" (from Wikipedia-the entry is brief and worth a quick read). 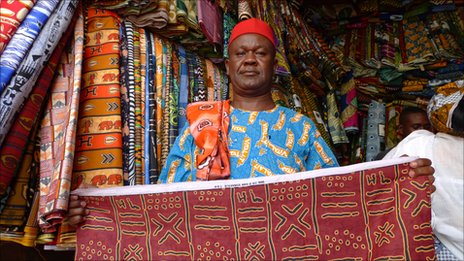 I particularly enjoyed this little gem, which is illustrative of the way Senegalese leverage existing systems to their advantage. I've always admired how Senegalese appropriate the systems/expectations/assumptions of the rule-makers in the serious business of accessing scarce resources.  I also enjoy how the piece draws attention to the practical and instrumental value of Islam.

Likewise, in my interviews, a pattern that emerges is that the ideological is often subordinate (or, at least, not intractable) to the practical necessities of earning a living and raising a family, e.g. women are increasingly working outside the home, with their husbands' approval, and contributing to the household in monetary ways, which is a departure from the traditional view that women should remain at home.  Presumably this would increase the autonomy of women, as well as the weight of their voices in household decision-making.

The take-away for development programming is, of course, that place matters.  The beliefs associated with this brand of Islam may provide, for example, the road to further emancipation of women.  I think development professionals tend to shy away from religion as an important part of development programming.  That's unfortunate since, in many places, religion is as important as clean drinking water.  Very often, cultural beliefs, far from being an obstacle to development, can be a conduit for it.